Of late the MHRA released a definition and guide on Data Integrity in 2015, the US Department of Health issued a draft guidance document in 2016 in response to the citing a number of issues with maintaining electronic records and in August 2016 PIC/S published a guidance on Good Practices for Data Management and Integrity in Regulated GMP/GDP Environments.

In our region, a major pharmaceutical company faced an important issue with convincing relevant staff that a signed paper printout was not necessarily the “original” record. Also, there was some confusion around what constituted “raw” data and how to protect the data.

In response, SeerPharma designed and delivered a tailored interactive pharmaceutical data integrity training program for the company that explained the difference between “data”, “raw data”, “original records”, “true copies”, “meta data” and “reproduction copies”. The program was designed to develop an understanding of why a static record (such as a printout or pdf) without the metadata may not be sufficient to allow for the deletion of an original data record. The program was delivered to over 110 staff in 2 x 1 hour workshops. The training session incorporated a variety of worked examples referring to relevant sections of the TGA Guide to GMP and FDA 21CFR Part 11.

“Thanks again for your presentation yesterday. I have had only good feedback”

The following is an excerpt from the training:

What is your understanding? Where do you think that the original record is in the following scenarios and what would be acceptable controls for data integrity?

1.  Visual reading is transcribed on to paper, and then signed off and dated as a batch record

2.  Visual reading is written on to sticky note, then transcribed, signed off and dated as a batch record. The signed and dated transcription is stored with the batch record and the sticky note is discarded. 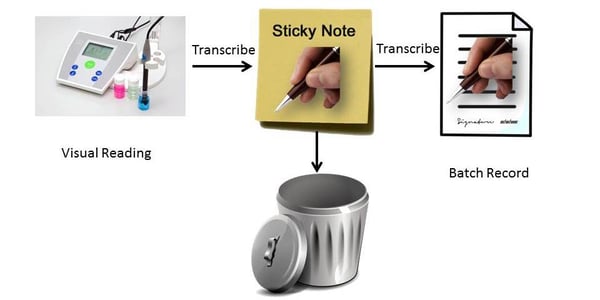 3. Data from instrument is printed out as Hard Copy and then signed off and dated as a record. (Note: No record on hard drive). 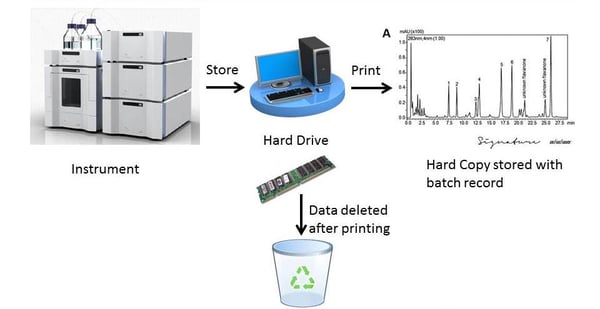 Contact us if you have any queries around GMP Data Integrity or issues with Computer System Validation (CSV). Our team of CSV experts can assist and ensure that your approach is compliant to relevant regulatory guidelines from the FDA, PIC/S and TGA etc.

Test yourself on some Data Integrity scenarios